Sam Elm, Head Apparel Designer at Massif, can geek out on technical fabrics or self-healing zippers with the most entrenched gearheads. The enthusiasm for the materials she uses to build Massif technical apparel is notable. However, Elm gets downright electric when talking about the creative ways she solves the complicated fit issues facing a designer building garments for such a wide variety of bodies represented in the Armed Forces. We caught up with her to speak about what Massif is doing to ensure their women’s gear delivers the same sterling performance in the field as its male counterparts. 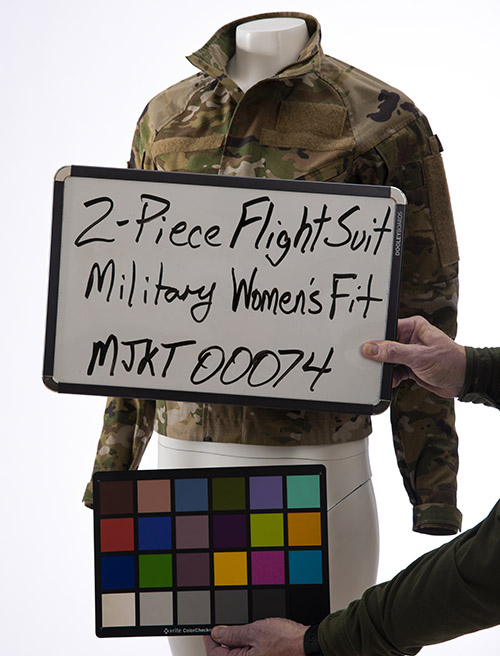 Sam Elm (SE): It was typically: “you are going to wear a men’s extra small.” One, that’s uncomfortable. You have constraints—things don’t fit the same and are baggy where they aren’t supposed to be or too tight in certain areas. If I am correct, some of that can affect injuries, too. There was a considerable problem with plate carriers, for example, because where things sit for a man’s body, if you place them on a woman, those vital areas aren’t always covered properly.

BV: Why does Massif invest so many resources into the fit of their gear for women?

SE: Massif strongly believes it was an important thing not just to protect one person but to protect everybody. We make an effort to make women’s specific fit and not only have really small men’s fits because it doesn’t fit the same. We want to make sure everyone is protected, not just one group.

BV: What is the most challenging part about developing women’s specific fits for Military uniforms?

SE: The trick with women’s garments is that we want full comfort and protection and support the way you exactly would for the men’s. It is striking a fine line between aesthetically making someone look other—going too hyper-feminine or also downplaying the fact that this is still a woman who wants to feel good in her body. It is striking this middle ground of giving the same aesthetic and same appeal and still making sure it is meant for someone who has curves and also making sure that all of the VELCRO® is in the right place—even on a women’s extra small shirt. It’s also making sure everything looks as uniform as possible, even in the most extreme sizes.

BV: What performance considerations do you bring into women’s fit? 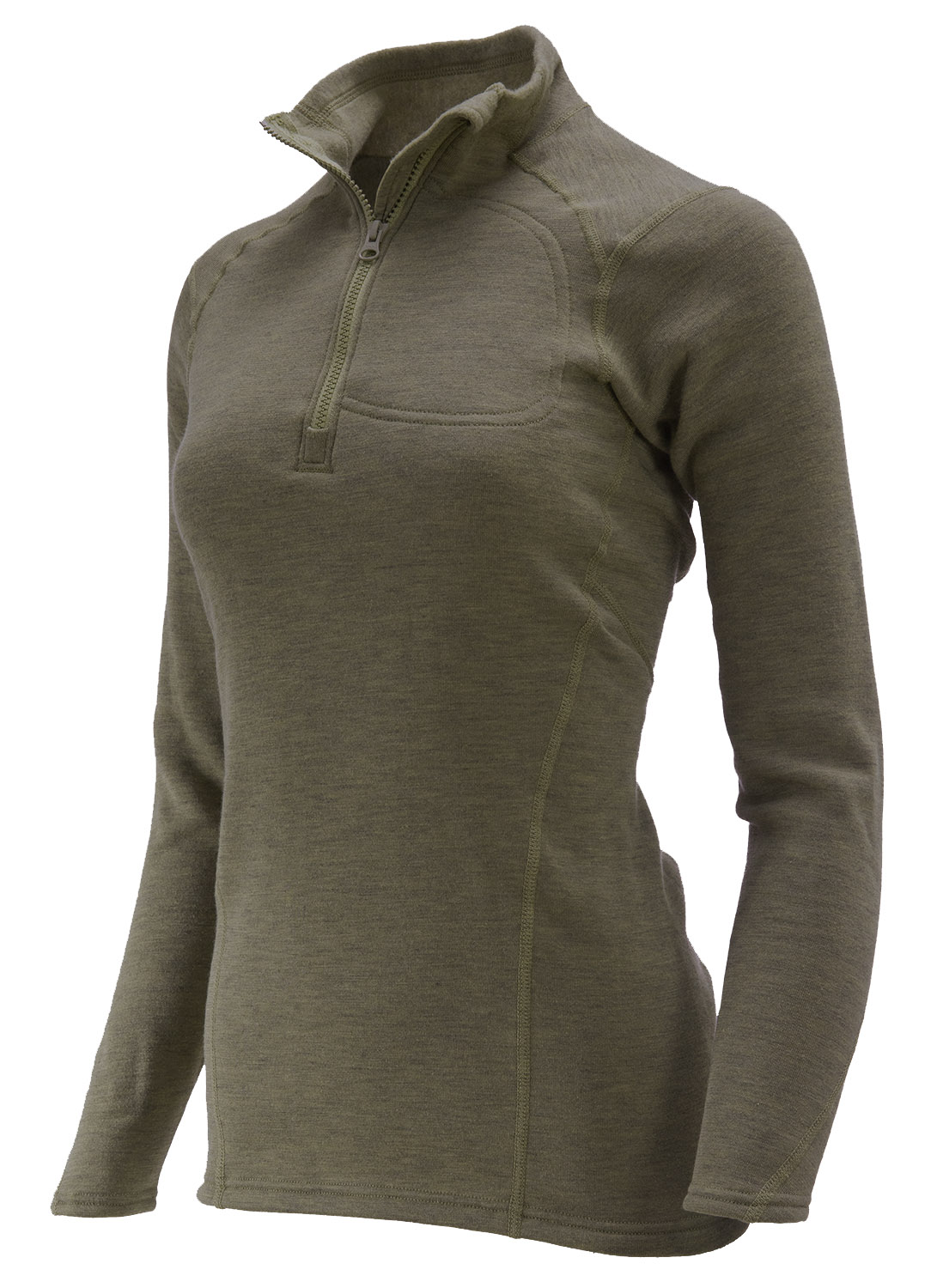 SE: A lot of what we will do—for both men and women—is to think about how they will move during their day in their clothing. Our clothing is not meant just to look nice. A lot of what we do is minimal adjustments, but those adjustments are to make sure that it fits comfortably and correctly on the body. In a line-up, you might not physically see what those differences are. It should look the same as the men’s, but we might be able to tweak something just a little bit, so the ergonomics are there, and something should be able to fit properly with the right amount of spaces and shapes. Making sure everything flows together properly over the course of the day, so it is effortless, and they do not have to mess with things or fiddle with something. At the end of the day, in the military, the last thing you need to be dealing with is your clothing. That should be the most effortless part of your day.

BV: You used to design apparel for [women’s athletic wear brand] Athleta, is there any crossover between what you learned there and how you look at women’s fit at Massif?

SE: I think the biggest crossover is just being aware of fit. When you are in an athletic space—I feel like our end users are to the enth degree. As much as I would love to say there is a lot of crossover, the reality is there is a lot of spandex in the athletic industry—you don’t get to do that and be FR. It is an exciting challenge because you need to give the same, or as close as possible, level of comfort that you are getting in the athletic industry without using any of those materials. You can’t use spandex, and you can’t use power mesh; you can’t use any of these things that really are the guts of what you have in all of these women’s athleisure brands but still trying to provide the same thing so when someone goes to work they feel just as comfortable and just as confident. That is an intense challenge.

BV: Can you tell me about a time when you had to use a lot of creativity to sort out a women’s fit problem?

SE: All the time! Trying to figure out how to get an extra small women’s garment and not sacrifice all of that garment’s usability was a very intense challenge. We had to move very complicated things around. As a group, we had to dive deep, and problem solve because the women’s extra small needed not to end up with these unusable pockets when the male counterparts got to have everything. The smallest size on the women’s fit is the most challenging. How to keep and scale the features and usability, so you don’t end up with your pocket in your armpit, is another challenge. You are trying to get as much room as possible, but you just run out of space. Name tape is a big one, too. Making sure all of the name tape is nice and visible without overlapping seams. We try hard not to overlap seams with our name tape because we want that clean, crisp look. Sometimes it isn’t possible, but we strive for it. How do you have all of that usability with a lot less space? What the women put in the pockets is the same as the men. It is the same sized stuff. 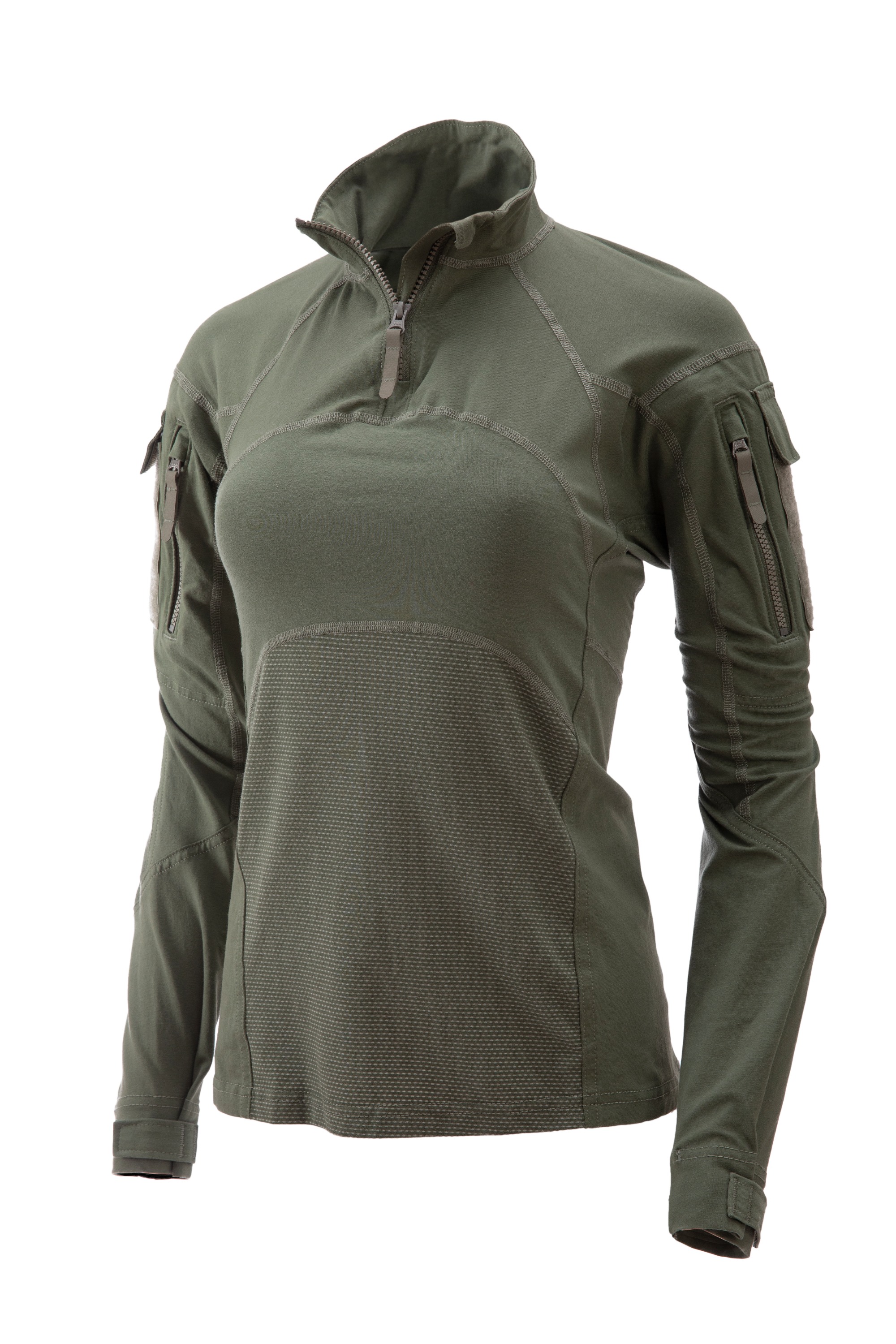 BV: We talked about this earlier, but it does seem like a lot of work and consideration. Why is women’s fit so crucial to Massif?

SE: It’s because we care about everybody. That is the way to think about it. It is essential that everyone is protected, period. That’s what we care about. We care about the end-user and that they are coming home safe and as safe as we can make them. It is pretty cut and dry when you think about it that way as far as making those kinds of decisions.