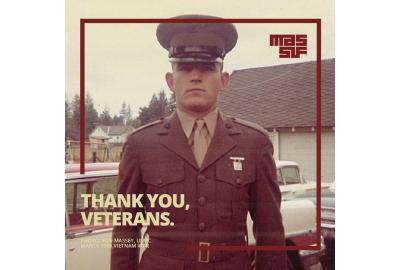 This Veterans Day, we’d like to offer a sincere and wholehearted thank you to all of the brave veterans who have served our great country. We take pride in honoring veterans at Massif and are thankful there is a national holiday paying tribute to both the living and deceased that have served in our Armed Forces.

While the 11th of November has been a national holiday honoring veterans since 1919, it was initially called Armistice Day. It was focused on the end of the fighting in WWI on the 11th hour of the 11th day of the 11th month. It did have roots in commemorating the brave soldiers who fought in WWI but was also predicated on the idea that WWI would be the “war to end all wars.” In the words of President Woodrow Wilson, it was to be: “filled with solemn pride in the heroism of those who died in the country’s service and with gratitude for the victory, both because of the thing from which it has freed us and because of the opportunity it has given America to show her sympathy with peace and justice in the councils of the nations.”

WWI proved not to be the last war. To honor the brave soldiers in both WWII and the Korean War as well as wars to come, Congress passed Public Law 380 on June 1, 1954, which replaced “Armistice” with “Veterans” to make room for the continued heroism and sacrifice of our soldiers in arenas beyond WWI. On October 8, 1954, Dwight Eisenhower delivered the first “Veterans Day Proclamation,” which laid the groundwork for what Veterans Day looks like today.

We take Veterans Day seriously at Massif. The sacrifices of the great men and women who have served in our armed services allow us to enjoy the benefits of living in a democracy where we are free to thrive. We appreciate the opportunity to honor all veterans who have played an integral role in the freedoms we enjoy as Americans this November 11th. We also find it an honor to make the highest quality gear that helps the active military perform their missions.

We hope you feel our country’s gratitude for your important service. We can’t say it enough, veterans: thank you.