After over 20 years serving in the military and as a police officer, Eric Linder started the Team5 Foundation in 2010 with a simple mission. Deliver medical care to people in extreme conditions with no strings attached. Eleven years later the foundation has been on over 20 missions and treated tens of thousands of people in some of the most remote parts of the world. We caught up with Linder to learn a little more about his past, Team5’s recent deployments, and his no-nonsense take on the gear he tests in the field.

BV: You have spent over 30 years serving all over the world—Law enforcement, UN Peacekeeping, service in both the US and Israeli militaries—what drew you to this life of service?

EL: When I was in high school I wasn’t a very good student. I think they basically passed me because I was going into the military. When I was a sophomore or junior my buddy Steve told me he was volunteering with a rescue squad in a nearby town and he asked me to go with him. I don’t think we even had drivers licenses at the time so his mom drove us down to the squad house. We were hanging out down there and while we were just checking it out this young kid who was probably seven or eight years old came to the rescue squad and was banging on the door. He was locked out of the house and he accidentally pushed through the window which slit both of his wrists almost to his elbows. I wasn’t into medicine yet, but it didn’t bother me to see all the blood at all. We put him into one of the rigs—we were the only ones at the rescue squad at the time—we bandaged him up, made the phone call, and the driver came and the medic came. They needed extra help with the pressure to stop the bleeding, so I got in the ambulance with them and I wasn’t even a member yet. It kick-started my medical career because I ended up becoming a member, becoming an EMT, and going on from there to the military as a rescue man with the Air Force and that is how I got into medicine. It was a purpose, right?

BV: What inspired you to start the Team5 Foundation?

EL: I had finished my residency around 2009 and I had a late start on getting my medical degree from overseas which is a PA level. I was always a medic and a paramedic and pararescueman, but I went back to school to get my Master’s level and even becoming a “Fellow” in wilderness medicine. My license is held in Australia and in Israel, it is called an RMP, and it focuses on the rural, remote and austere medicine where a hospital is not available but advanced life skills are needed. When I finished my residency, I had 30 days in Belize and I was jumping in with different non-profit medical organizations down there as part of my residency. Then I went on to two humanitarian missions in Africa, in Uganda. I really enjoyed the missions, but I didn’t like the strings attached. For these groups to go to Belize there were always strings attached whether it was religious or political. They were like: “We’ll come and help you but we have to build a church and you have to be Christian.” These were indigenous villages. It always bothered me. Same thing in Africa. There were some unethical things going on so I started speaking up and my friends said: “How about you start your own deal or shut up?” So I decided I’d start my own deal. 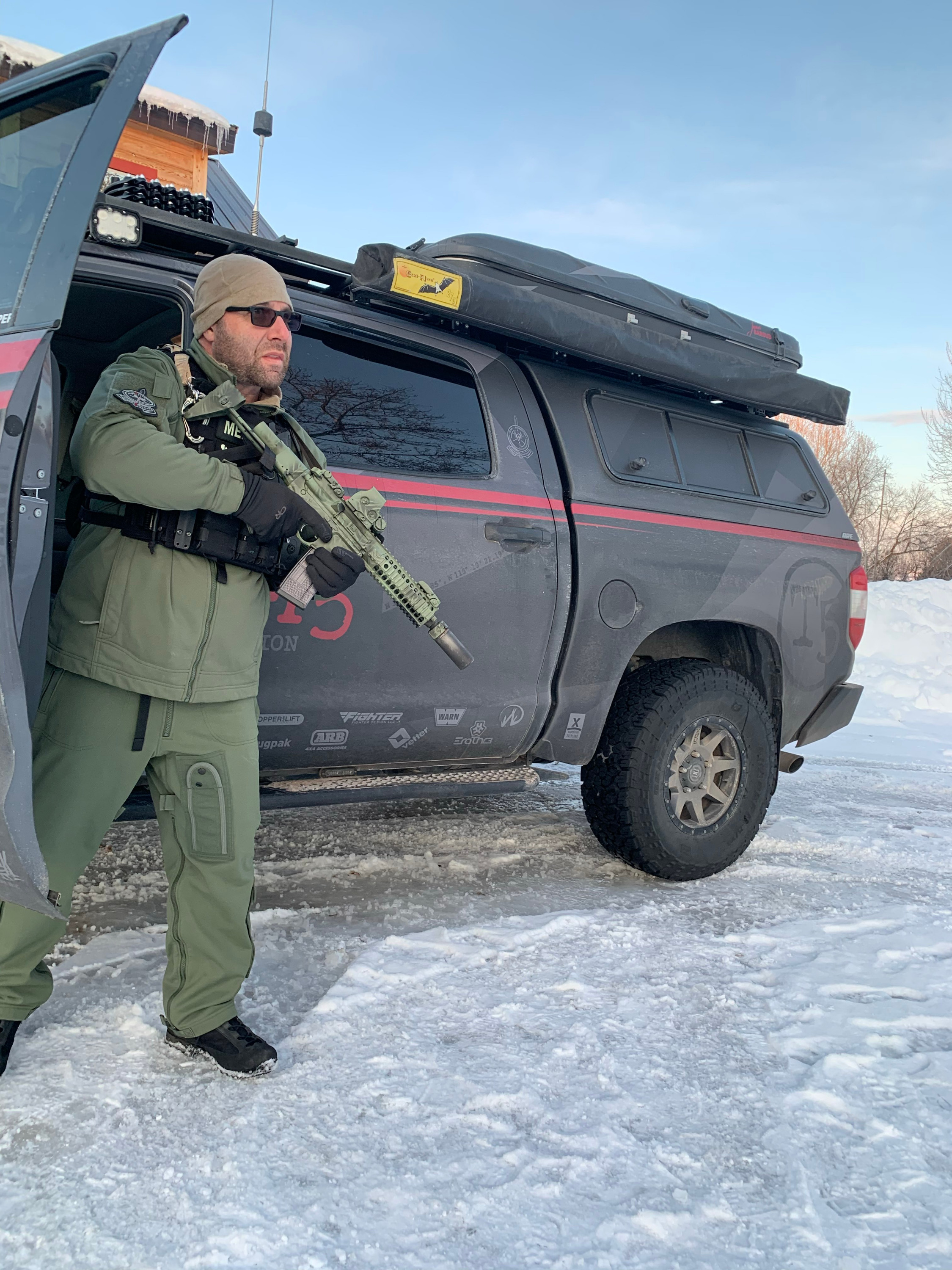 BV: How did you come up with the name?

BV: The nature of these deployments seem to necessitate an extreme level of logistical coordination. How do you manage it all?

EL: There is a lot going on. I always tell everybody who is going on a mission: “If you pack one thing, pack a good sense of humor because nothing goes as planned.” It just doesn’t happen. We are dealing with countries where everything is: “tomorrow, tomorrow, tomorrow.” It isn’t like America where eleven o’clock means at eleven o’clock everything will be ready to go. If someone says eleven it may be two when things start to go somewhere which is really frustrating. It takes me approximately three months to schedule a location. It’s not just finding that location, but it is also about getting a contact in that location and talking to tribal elders, then the health department, then talking about logistics with the military. Then which sponsors do we have? Does this excite them? Will they give us money? ‘Cause everything costs money. Then it's which team members will be available for this particular block because they are all volunteers. Then figuring out from the location what’s their primary need. Is it medical, is it dental, is it plastic surgery? All of that goes into it. Once a year we also have students. A lot of the time it is just luck that we are successful. The persistence of staying on the military or whoever is hosting us is key. It's me keeping my thumb on them the whole time. You don’t give them an inch. If you give them an inch you aren’t going to hear back from them in a while. What I try to do is get a very high official assigned to the detail. We had a three-star Admiral in Peru. They gave us a whole ship they had just built. There are ten of us. There are 135 crew and we are the whole reason for the ship sailing to the north. We sailed 16 hours to the north and we did two weeks of medical and surgical clinics and we had their whole support staff and we had helicopters and fast boats and deuce and a half trucks. It is a lot of logistics and a lot of money. Unfortunately, it costs a lot of money.

BV: We like your gear reviews. What does the process of you getting and testing the gear look like?

EL: This is my deal with people that want to become sponsors: “You are donating to a cause, don’t expect us to do anything like staged pictures, but we will do what we can.” Let’s say we are on a mission, I can’t stop to go set something up for one of my sponsors. It’s taking time from me treating a patient, so I won’t do that.  You are donating to a cause because you like the cause, not because you are looking for something back. You are going to get something back when my guys have time to capture it on film. Don’t give me gear if you don’t want to know the truth about it. We are brutally truthful on the gear reviews and we put them through tough situations.