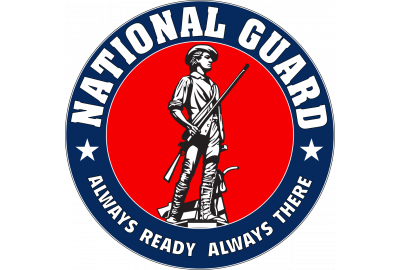 We at Massif would like to wish a happy 384th birthday to the United States National Guard and thank all active and former service members of this force that serves their communities and the entire country. On December 13, 1636, the Massachusetts General Court in Salem created a militia to protect the Massachusetts bay, which was the force that grew to what we now call the National Guard. That initial militia came from a proud history of militias that started with the Plymouth and Jamestown Colonies.

While militias predate our country’s founding and are the fighting forces that won the Revolutionary War, the National Guard started being formally referred to as the National Guard with the passage of the Militia Act of 1903.  The act’s goal was to clarify how the federal government would help fund, maintain, and train state militias and set clear rules around how the federal government could mobilize these militias. Ohio Congressman John Dick championed it—it is also known as the Dick Act—and attempted to solve the issue of state militias having differing levels of equipment and readiness to fight in the Spanish-American War.

We are grateful for the 332,721 brave women and men serving in our National Guard and the flexibility they give to our states and federal government to assist with needs on both levels.. We value the sacrifice that National Guard members make to serve our country and keep us safe from all manner of harm stateside or abroad while also juggling their civilian lives of working and raising their families. Their willingness to drop everything and offer aid during natural disasters in our backyard or fly overseas to fight for our freedom benefits us and our country and helps us sleep better at night.

So, thank you for being “Always Ready, Always There”, National Guard. We appreciate you always, especially on your birthday, and strive to make FR gear that will protect you when you need it most because we know you are ready to do the same for us.